iiiiiiiiiiiiiii aaaaaaaammmmmmmmmm soooooooooooooooooo happy that stranger things decided to use “running up that hill” by kate bush this season.  not only because it’s one of my favorite 80s songs EVARRRR, but bc it finally cancelled out and replaced the bohemian rhapsody of the clash (should i stay or should i go).  i also love that they’ve now introduced that song to a new generation of people/kids.

the stranger things scores and soundtracks are so fucking good.  like, goosebumps good.  it reminds me of the end of “san junipero” (black mirror).  the guy who wrote the episode specifically nailed down “heaven is a place on earth” for the ending of that episode.  he said he would have been “distraught” if he couldn’t have used it for the end scene.  i love how like that, stranger things tie such specific songs to things to evoke emotions with music (time after time at the dance…  BE STILL MY HEART), and don’t even get me started on san junipero.  i cried the ugliest happy tears the first time i watched it.

i won’t spoil stranger things 4, but the scene where running up that hill is featured, my lawd…  my heart.  like, that song always chokes me up to begin with (and “this woman’s work” – i can’t get through that song without a tear falling) – but attaching a specific character to “running up that hill” at a specific and very important scene…  WHO IS CUTTING ONIONS?!

anyways, if you haven’t already watched it, GO FREAKIN WATCH IT!!!

i can’t wait until the next two episodes are released – i want to watch the entire series in order, straight through.  i actually might just do it anyway, because the timing might just line up.

i want to relive the entire show like i’ve never seen it before.

if you’ve never heard the song i’m referencing in this post, please ENJOY:

have you ever felt a surge of creativity but don’t know where tf to put it?

that’s been me all week.

i’ve also been meaning to hang out/meet up with like 15 of my peoples, and between the stress of oscar’s health and the most disgusting soup bowl summer weather, i’ve been a hermit.

i mean, i don’t really feel like being around most people bc of this damn pandemic not being over.  i don’t care if i’m vaccinated, who knows who is bringing this damn delta variant around.  i keep having people i know that are traveling… and no offense, but i don’t have an interest with co-mingling with anyone who has gone to florida in the last 6 months [barf].

i really wish public places, venues and arenas kept up with the whole segregating unvaccinated folks.  make a universal vaccine app for proof already…  when i went to a ranger game this year, they scanned in my excelsior pass and i strolled right in, no prob.  it’s not a big deal.  it pisses me off that we’re not using it bc i went to my first mets game this year a few weeks ago, and noooooooobody was wearing masks.  i don’t believe in this honor system shit.  they had vaxed and unvaxed folks mixed – they lifted the segregated area for the unvaxed…  like, if you want to act like an ignorant goon, you should be treated like one.  the kiddos should have been shoved into a quarantine corner by themselves.

a bunch of my friends and i have tickets to go see dropkick/rancid in a few weeks and i’m like UGH, ew.  how am i supposed to wear a mask in a punk pit in the middle of the summer (it’s outside)?  i wish they were requiring vaccinations to get in…  blegh.

even going to the grocery store/target/etc. people are walking around with no masks on… it’s disgusting.  these fucking idiots are making me so anxious.  i feel like this shit is never gonna go away.

FYI: it’s october, so #URC is all decked out for the spooky season 🙂

get some spooky stuff in for delivery ASAP!

you can also download free #URC666 autumn/halloween wallpappies too! 😛

well, i think i got off to a good kick-start posting again, and then a wrench got thrown into the mix…
i got laid off from my job of nearly 5 years.

i’ve been super bummed, as anyone would be.  just laying around like a sloth, cuddling with oscy and trying to get my mental faculties back together, but it’s really hard.  i’ve made so many close friends there, and i loved my company.  i keep thinking “stop feeling sorry for yourself, you idiot, things could be worse”, and i find myself repressing shit like i always do…  i’m trying to mourn properly.  that may seem a tad dramatic, but it’s true.  i have been released from a comfy, warm, steady life.  one where i could hang with one of my bffs whenever i wanted to, have a non-shitty commute with another buddy, and have lunch breaks full of laughs and good talks…  all gone.

i really need to cry… i HATE crying.  i avoid getting emotional like the plague.  i’m of the mentality that what doesn’t kill you makes you stronger (then i go off like a time bomb months later).  i really need to stop doing that.

i haven’t felt this way since my first web job’s company folded, and it was almost 5 years that i was there as well.  it’s almost like a breakup.  i mean, it’s half of a decade.  i should be upset and not just pretend it’s not happening.

i was actively starting to look for a new gig anyway, because i could tell my company was changing and depleting my role, so it’s not a huge surprise.  i was waiting to see if a new role was going to be available to me, since we acquired another company (which clearly never happened).  fortunately, i’ve been finding some great job listings and hopefully i’ll branch out to more creative than technical stuff.  i’m even looking for graphic design jobs.

i think i’m probably going to take a break from web for a bit since i’m so scatterbrained.  i haven’t really been using social media all that much, bc i don’t know what to even say.  like, how do you tweet about being depressed about something like this without getting pity replies?  that’s not what i want.  i barely post about personal things, not bc i want to seem like i have a sparkly/perfect life…  i don’t want people’s pity.  i guess i’m posting about it here, bc i just want to get it out and not bother the people i know IRL.  i’m being such a drag, and i don’t know how to get around talking about it.  i feel awful.

i need to concentrate on finding a fresh start and beefing up my portfolio.  graphic design is always best when i’m stressed, so i’m sure there will be new stuff on http://666.unruled.club soon (free lockscreen wallpapers). 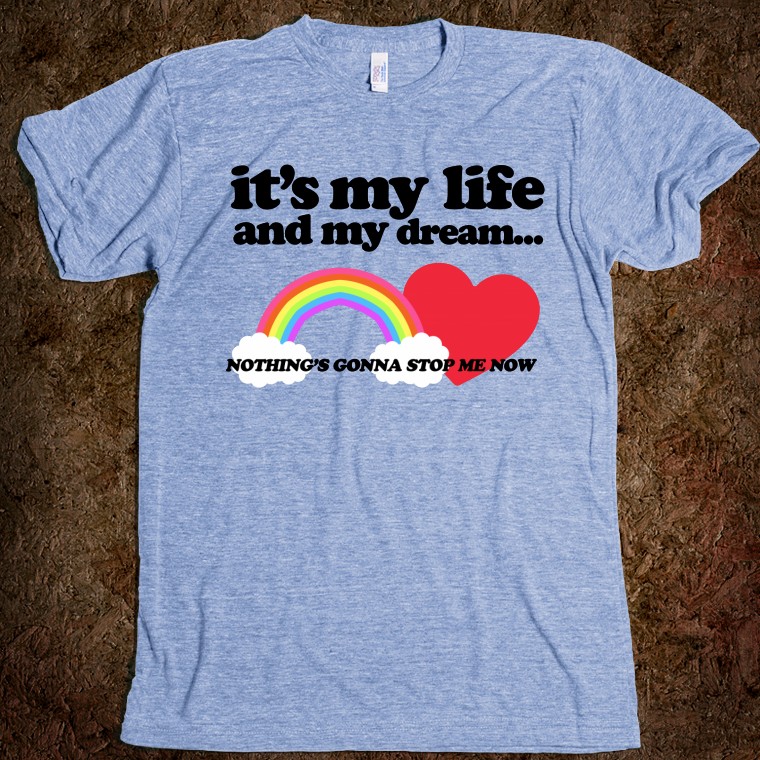 while i don’t have it in t-shirt form to purchase anymore, i reworked it a little bit and you can make it a mobile wallpaper.