the owls are not what they seem…

a couple of weeks ago, steve and i were in washington and alaska…  he was out there in seattle for work, and i joined him for the few days after he was finished.  while we were out there, i wanted to check out some of the twin peaks filming locations.  they weren’t too far away from seattle, just a bit east.  where we visited was also in a large loop, so we hit the few spots and then went back on the highway to the city.  here are the pics 🙂

the first stop was the (snoqualmie) falls and the great northern…  there were a billion people up on the balcony, so i couldn’t get a shot without complete strangers in it 😐

i also didn’t get a shot in the hotel or anything, it seemed too busy and i felt weird, lol. 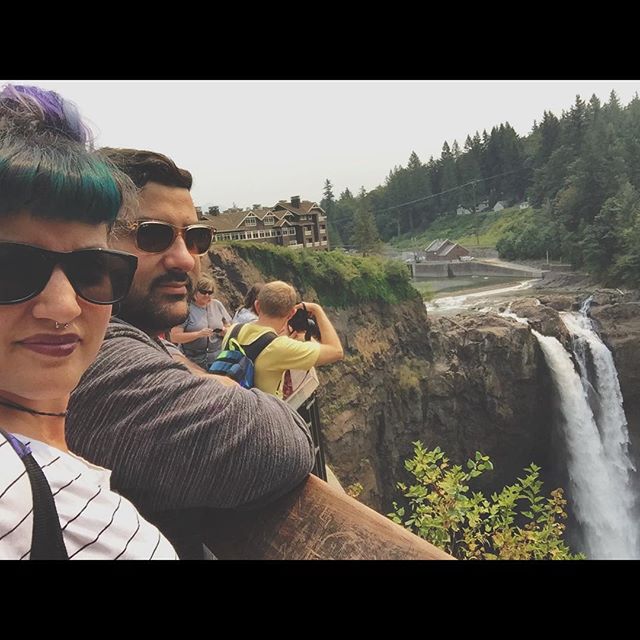 BUT… here’s a lil movie i made on my phone 🙂

then we hit the twin peaks sheriff’s dept (which is now a private race track/school).  the mill is across the way from there, and that’s where the drivers race their cars.  when we pulled up, the groundskeeper already knew what we were doing there, and said we could go inside.  there was a girl working the desk, but i didn’t say anything about being lucy, lol.  she called us twin peakers and told us that we could look around, so we did – the wood on the walls was still in tact.  super cool to see…  also: i totally peed there.  that’s mainly why i wanted to go in. 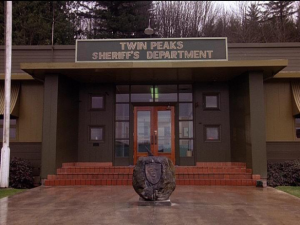 next up was the “welcome to twin peaks” sign (the painted one on the right is actually on the back wall of the cafe, FYI) 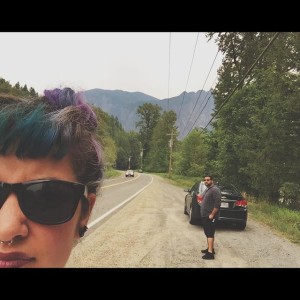 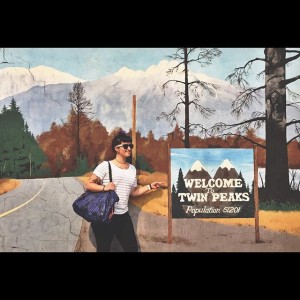 and last but not least, the double R diner (twede’s cafe in north bend, WA).  steve got a stomach ache from eating there – and no, we didn’t have the cherry pie OR the coffee.  also: the inside looks NOTHING like the show.  apparently there was a fire there years ago.  i can’t remember offhand if they actually shot the show there or not, though.  maybe it was a set. 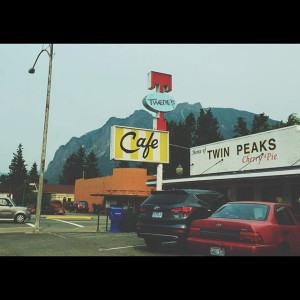 where laura was found was really far away from there, and a lot of other scenes were shot in california, not WA.

either way, i was ecstatic! 🙂